T-DOSE is a free and yearly event held in The Netherlands to promote use and development of Open Source Software. During this event, Open Source projects, developers and visitors can exchange ideas and knowledge. This year's event will be held at Hofdael in Geldrop on April 25th and 26th 2020.

T-DOSE will be held at the Fontys University of Applied Science in Eindhoven. Its location is right accross the Technical University of Eindhoven at the Kennedylaan. The official address of Fontys is Rachelsmolen 1, 5612 AM Eindhoven. Here is a link to Google maps showing the address. Some location photos have been taken by Bart Cortooms and published on flickr

The T-DOSE conference location can also be found using OpenStreetMap. Follow this link.

Looking for a place to sleep, then check out this link to google maps for accommodation in Eindhoven Google Maps. The conference venue is at walking distance from Eindhoven center.

In the weekend of November 12 there are no trains between Breda and Tilburg. Transport by bus is organised, but will take additional travel time.

To reach the entrance of the Fontys University carpark follow the detour signs, they will guide you towards Rachelsmolen 1. The image below shows which direction is blocked: 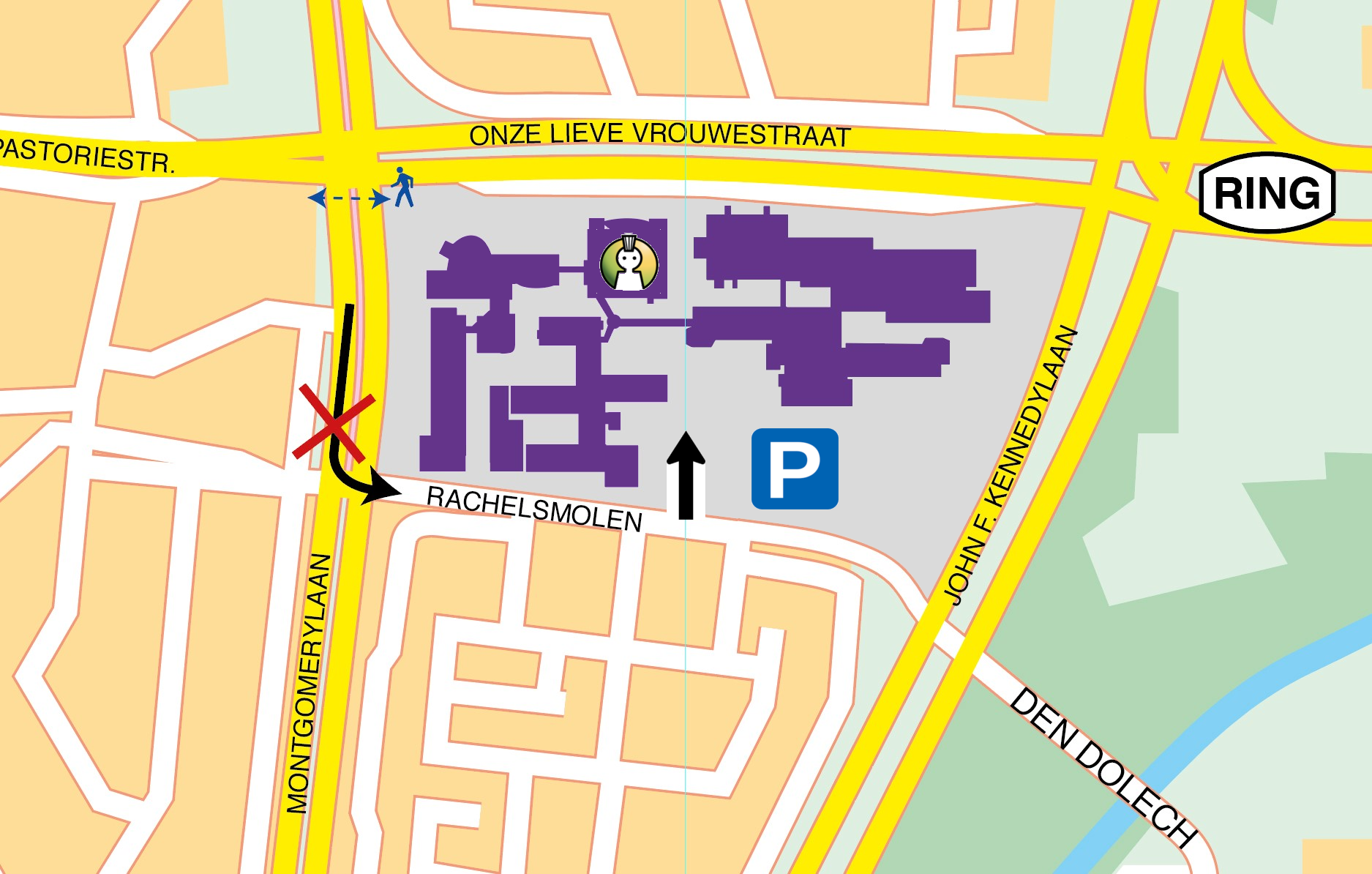 The closest airport is Eindhoven Airport. Once arrived at the airport you can take a cab or bus towards Eindhoven center.

If you do not have a direct flight to Eindhoven, then you can travel through Schiphol near Amsterdam. It is the biggest airport in the Netherlands and frequently used for Intercontinental flights. From Amsterdam (Schiphol) there is a train connection to Eindhoven, see NS website for train schedule.